Till Diestel will assume the role of Creative Lead of the Serviceplan agencies in Germany. With his extensive and international experience, he will work on the agencies’ strategic development and lead client mandates across several countries. As a managing partner, he will join spokesperson Vincent Schmidlin, CSO Stefanie Kuhnhen and CFO Holger Scharnofske in leading the holding company for all the agencies acting under the Serviceplan label in Germany. Till Diestel will report directly to Serviceplan Group Global CCO Alexander Schill, who is responsible for the creative performance of the entire Serviceplan Group in a total of 34 countries worldwide. 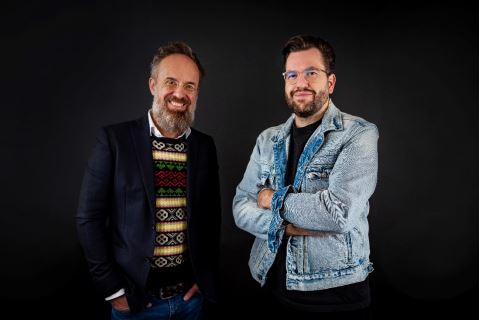 Serviceplan Group Global CCO Alexander Schill commented: “With Till Diestel, we were able to win one of Germany’s most renowned creatives. Hardly anyone else represents creative excellence like he does and stands for a consistently collaborative way of working at the same time. I cannot think of anyone who would fit into the team better than Till.”

Till Diestel adds: “Serviceplan is one of the most innovative agency groups in Europe, with an impressive integrative strength. I am very happy to return to where I once started, bringing back the experience I gained outside Serviceplan Group. I am looking forward to contribute to Serviceplan being a magnet for creative talents, and to further developing the areas of Craft and Excellence in the future.”

Till Diestel will take over from Matthias Harbeck, who will be moving to the newly created position of Chief Creative Officer of Saint Elmo’s Group, which is part of the Serviceplan Group. Alongside CEO Stefan Schütte he will strengthen the impact of creation at holding company level and further expand the creative services.

Alexander Schill says of Matthias Harbeck’s new role: “I am very pleased that Matthias, an absolute top creative, will strengthen the Saint Elmo’s Group with the newly created position of Chief Creative Officer.”

Till Diestel has already worked for Serviceplan in Hamburg from 2006 to 2014 – reaching the level of Executive Creative Director during his time there. He then moved to Adam & Eve DDB / London, one of the most renowned international creative agencies, where he developed prominent campaigns such as H&M Come Together, the John Lewis Christmas campaign, and the Skittles Romance Super Bowl ad. In 2018, after three years in London, Diestel joined BBDO Berlin as a Managing Director. In 2019 he was appointed Chief Creative Officer of BBDO Berlin, a role which involved responsibility for the entire creative output of BBDO Group Germany for clients including WhatsApp, WWF and Ford, and led BBDO to the top of the creative rankings in Germany for the first time. Convinced that advertising should be a part of popular culture, Till Diestel won over 800 creative awards in total, including several Grand Prix at Eurobest and Cannes Lions.