Serviceplan France celebrated the relocation of their Paris headquarters to Rue de Villiers, Neuilly-sur-Seine, with an inauguration on Wednesday 19th October, which was attended by clients, agency colleagues and Paris-based German institutions.

The move to a different location in Paris comes in a successful 2022 for Serviceplan Group, who recorded revenue growth of 28%, enjoyed a continued international deployment of their unique creative approach – ÜberCreativity - and won the accolade of Cannes Lions Independent Network of the Year.

In July, the independent communications group announced a record increase in turnover of +28%, reaching 623 million euros. Building on this success and the numerous creative awards won around the world, Serviceplan Group also announced the strengthening of its ÜberCreative approach within its various agencies.

Serviceplan Group has 22 agencies in 16 Countries, with 5,000+ employees. In France the agency group is headquartered with the House of Communication Paris, a Serviceplan agency in Lyon and Plan.Net in Rennes. Europe's leading independent communications group, Serviceplan Group was founded in Germany in 1970, and is headed by CEO Florian Haller and owned by 200 entrepreneurial partners united by an innovative and integrated approach guided by the desire to "Build Best Brands".

The new House of Communication Paris location has a bright and open layout, encouraging communication between colleagues whilst also offering places for private or collaborative meetings. These new hyper-connected premises offer maximum flexibility which encourage the ÜberCreative strategic approach of Serviceplan Group: namely, the desire to encourage innovation in the generation of ideas when all disciplines, cultures, talents and media collaborate and interact.

On the occasion of the inauguration of Serviceplan Group France's new offices in Neuilly-sur-Seine, Florian Haller, CEO of Serviceplan Group, reviewed the results for the 2021/2022 financial year, which ended in June, commenting: “The group achieved a turnover of 623 million euros, an increase of +28% compared to the previous year's 488 million euros. This particularly strong trend in 2022 is part of the organic and steady growth that began more than 50 years ago. The group has thus gained many customers and maintained excellent customer satisfaction (89% satisfaction rate). Moreover, it supports 62% of its customers in an integrated manner. We are proud of this success, it is the result of a collaborative effort by passionate freelancers. It is also proof that our innovative integrated approach works, as it is agile and efficient in a constantly changing world. Serviceplan Groupe has also accumulated numerous awards for its creativity, thanks to an ÜberCreative approach we won Independent Network of the Year at the Cannes Lions International Festival of Creativity 2022, and the group is currently at the top of prestigious creative rankings.”

Carole Giroud, President of Serviceplan Group France adds: "The dynamics of a group with shared skills is a strength, as is the proximity of independent structures. With these new, open-plan offices, combining profiles, personalities and varied and renewed skills, our ÜberCreativity will only be strengthened!"

Jason Romeyko, Worldwide Executive Creative Director, Serviceplan Group, commented: “This move is significant for Paris as our new House of Communication is on one giant floor. The layout is based on our collaborative principle of ÜberCreativity where people from any discipline can cross the corridor and jam with another. ÜberCreativity is way more agile and innovative versus integrated advertising which is slow and consequential. I am confident that a fresh chapter of Effie & creative award-winning work will be born inside that space.”

Markus Noder, Managing Partner, Serviceplan International added: "The new House of Communication in Paris will support our growth ambition for France. The new office is designed around the latest new work principles, with the clear focus to enrich our working model of "Übercreativity". We're very happy to offer our current and future colleagues such an amazing place to work! 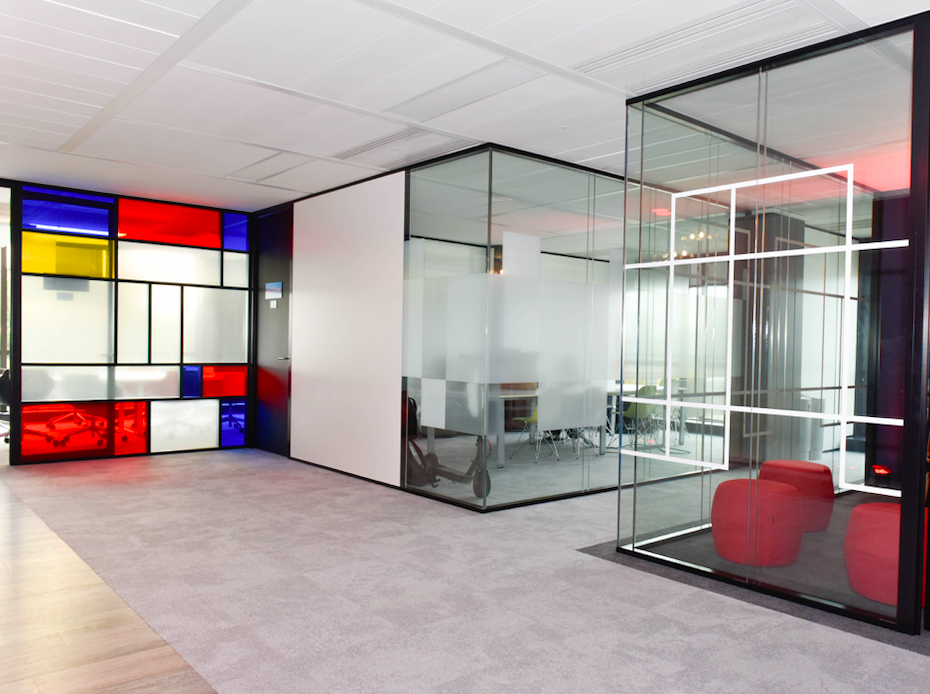 TWELVE Magazine: Prominent authors devote themselves to the matter of speed as a success factor

War in Ukraine, energy crisis, inflation, recession – just a year ago, we could not have imagined anything like this. Coping with the speed at... weiterlesen
AGENCY: ,

In addition to his current position as Managing Director and Partner of Serviceplan International, Markus Noder takes up the post as spokesperson... weiterlesen
AGENCY: ,

Serviceplan Middle East created the quirky spots with Production Company DejaVu  To announce their exciting event calendar for the winter of 2022,... weiterlesen
AGENCY: ,

Serviceplan Korea and Innovation continue their ongoing partnership with Dot Inc. which was awarded 2 Gold, 1 Silver and 1 Bronze as well as a... weiterlesen
AGENCY: ,
Mehr News sehen