AICP Show and Next Awards 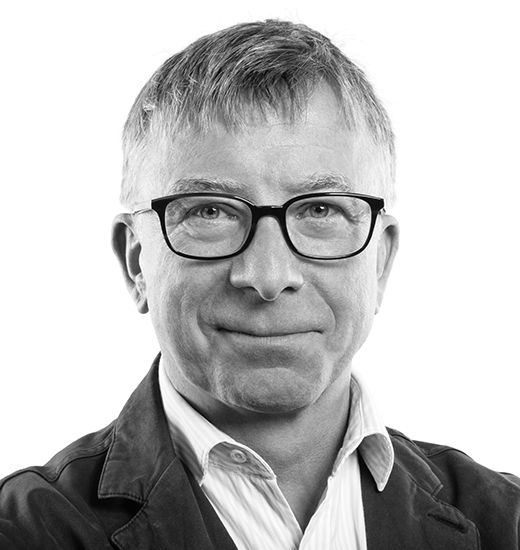 NEW YORK, January 4, 2018 – Matt Miller, President and CEO of AICP announced today that Robin Shenfield, Co-Founder and CEO of The Mill, will serve as Chairperson of the 2018 AICP Show: The Art & Technique of the American Commercial. The AICP Show is one of the tent-pole events of AICP Week, which also includes the debut of the AICP Next Awards, as well as various creative and educational sessions at the AICP Week Base Camp. AICP Week will take place in New York this June. Entries are now being accepted at: http://www.awardcore.com/aicp/login.php.

“Having participated in the AICP Show Curatorial Committee several times, I can attest to the AICP Show being the industry standard for honoring the craft as well as the creativity of marketing communications,” noted Shenfield. “The rigorous process to become a Show honoree reflects its high standards.” Each year’s AICP Show is made a part of the permanent archive of the Department of Film at The Museum of Modern Art (MoMA) in New York.

“Robin personifies the evolution of production,” said Miller. “Having built one of the great global digital production companies over the past three decades he has a unique position and perspective in the industry. The Mill has been at the forefront of nearly every creative milestone, and partnered with myriad creative entities to achieve consistent ground-breaking work. His vision has garnered nearly 40 winning pieces in AICP Shows, and earned him unsurpassed respect from his peers.”

Shenfield started The Mill in the U.K. in 1990 with 30 employees; today it has over 1,000 in offices in London, New York, Chicago and Los Angeles. The company has created award-winning work for the likes of Audi, Verizon, adidas, Volkswagen, John Lewis, BMW, Nike and numerous others. The Mill is also a technological innovator, having developed Blackbird, a toolkit for automotive ad production, as well as Cyclops, a proprietary AR tool. The company won an Academy Awards for the visual effects on “Gladiator.”

The Call for Entries to the AICP Show is now open at http://www.awardcore.com/aicp/login.php. The deadline to enter work is March 9, 2018; eligibility dates are: February 27, 2017 – March 4, 2018. This year, there is a new pricing structure for entries: while a single submission will be $295; a single piece entered in three categories will be $750 ($250 per category); a single spot submitted in five categories will be $1,175 ($235 per category); and a campaign submission is $550. “We have noticed that many entrants submit work for consideration in multiple categories,” explained Miller, “so the option to pay a flat fee for multiple categories for the same piece of work streamlines the uploading process for entrants, and will allow them to realize cost savings.” Work for the AICP Show may appear on any screen, and there is no limit to running time.

To reflect the evolving nature of advertising and marketing communications – particularly with regards to the importance of digital production and effects – updates were made to the definitions for the Visual Effects, Design and Animation categories. These definitions will better assist entrants in clarifying the language used to describe the type of work that should be entered in each category. To view the updated definitions, go to: http://www.awardcore.com/aicp/categories.php.

As Show Chair, Shenfield oversees the AICP Show Committee, which is responsible for promoting and marketing the AICP Show, as well as facilitating the judging process and selection of judges. He will also spearhead the selection of companies providing editorial, graphics and music to the AICP Show reel. Shenfield additionally serves on the AICP Show’s Board of Governors, which is the final arbiter of the AICP Show, charged with ensuring the quality of the Show and adherence to its rules. The AICP Next Awards Judging Chair, Jury Presidents, and Judges will be announced shortly.

AICP Week, which launched in 2013, is anchored by the premieres of the AICP Show and the AICP Next Awards, as well as educational seminars and events highlighting creativity and marketing.

The AICP Show, established in 1992, is the most important advertising showcase in the U.S. Each year, the best advertising appearing in the moving image is honored and made part of the archive of the Department of Film at MoMA. The AICP Show premieres during a screening and gala at The Museum of Modern Art in New York in June.

ABOUT AICP WEEK
AICP Week is a celebration of creativity and thought leadership. The Week is anchored by the Premieres of The AICP Next Awards and the AICP Show: The Art and Technique of the American Commercial, the latter culminating with the most anticipated celebration in the industry: The gala at the Museum of Modern Art. Additionally, in each year, various educational seminars and events highlighting the state of marketing in the motion image are staged.

ABOUT AICP
AICP represents, exclusively, the interests of independent companies that specialize in the production and post production of commercials in various media—film, video, digital—for advertisers and agencies. The association, with national offices in New York and Los Angeles as well as regional chapters across the country, serves as a strong collective voice for this $5 billion-plus industry. Founded in 1972, AICP assists its members by: disseminating information; representing production and post production companies within the advertising community in business circles, in labor negotiations and dealing with employment issues; and before governmental officials; developing industry standards and tools; providing professional development; and marketing American production and post production via events and awards shows.

Most Next (Best in Show)

AICP - The AICP Awards Honors The Best Advertising of the Year

AICP - The 2020 AICP Next Awards Winners Are Announced Online