Take care of your mental fabric

On World Mental Health Day, October 10, the Campaign Against Living Miserably (CALM) teamed up with UK clothing brand Topshop and its menswear collection Topman to launch a unique capsule collection. Most items of clothing feature a label with care instructions, but it’s usually tucked away inside. Here the label was displayed on the outside, but the instructions concerned mental health: don’t handle problems on your own, seek help, and in case of emergency call the CALM hotline. In a context where suicide is the biggest killer of young people in the UK, the campaign created by Havas London urges people to share their worries – and reminds others to care. 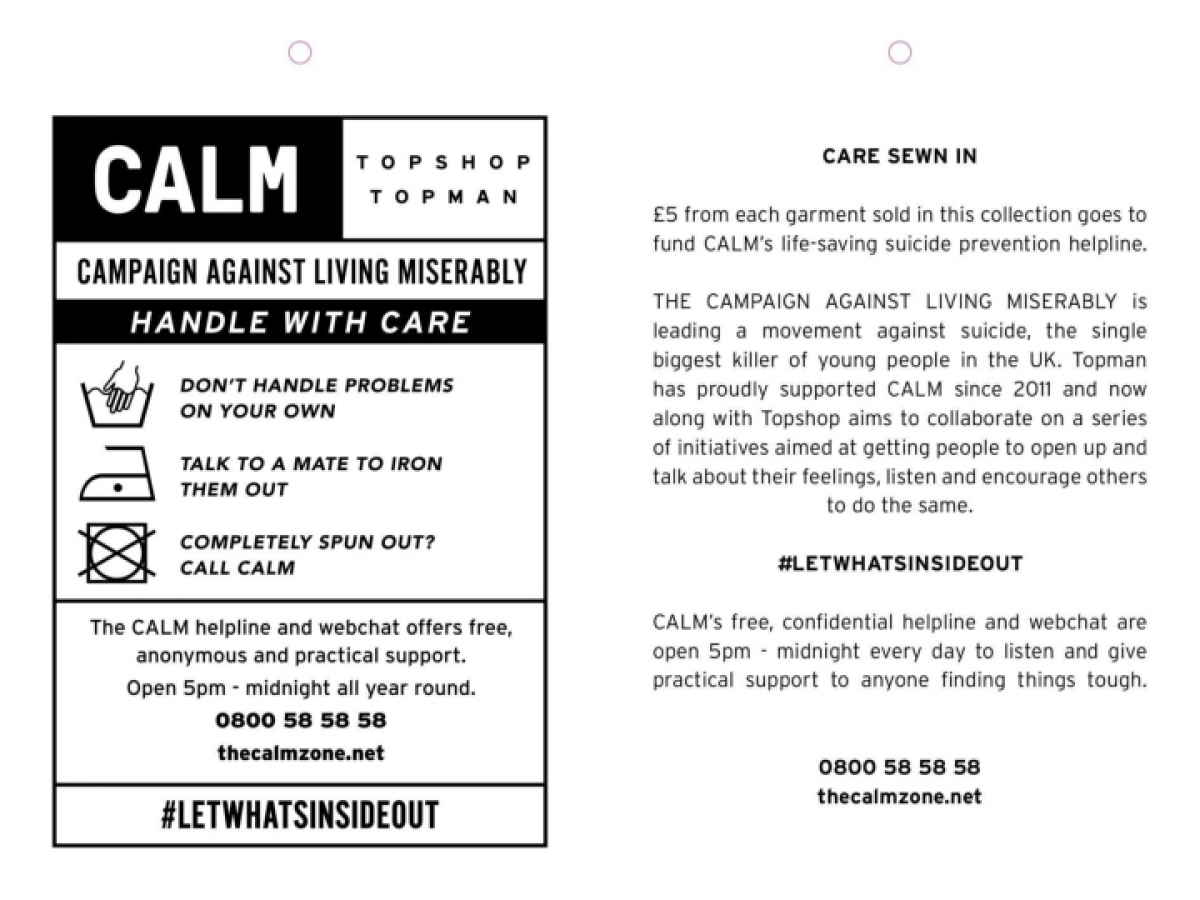 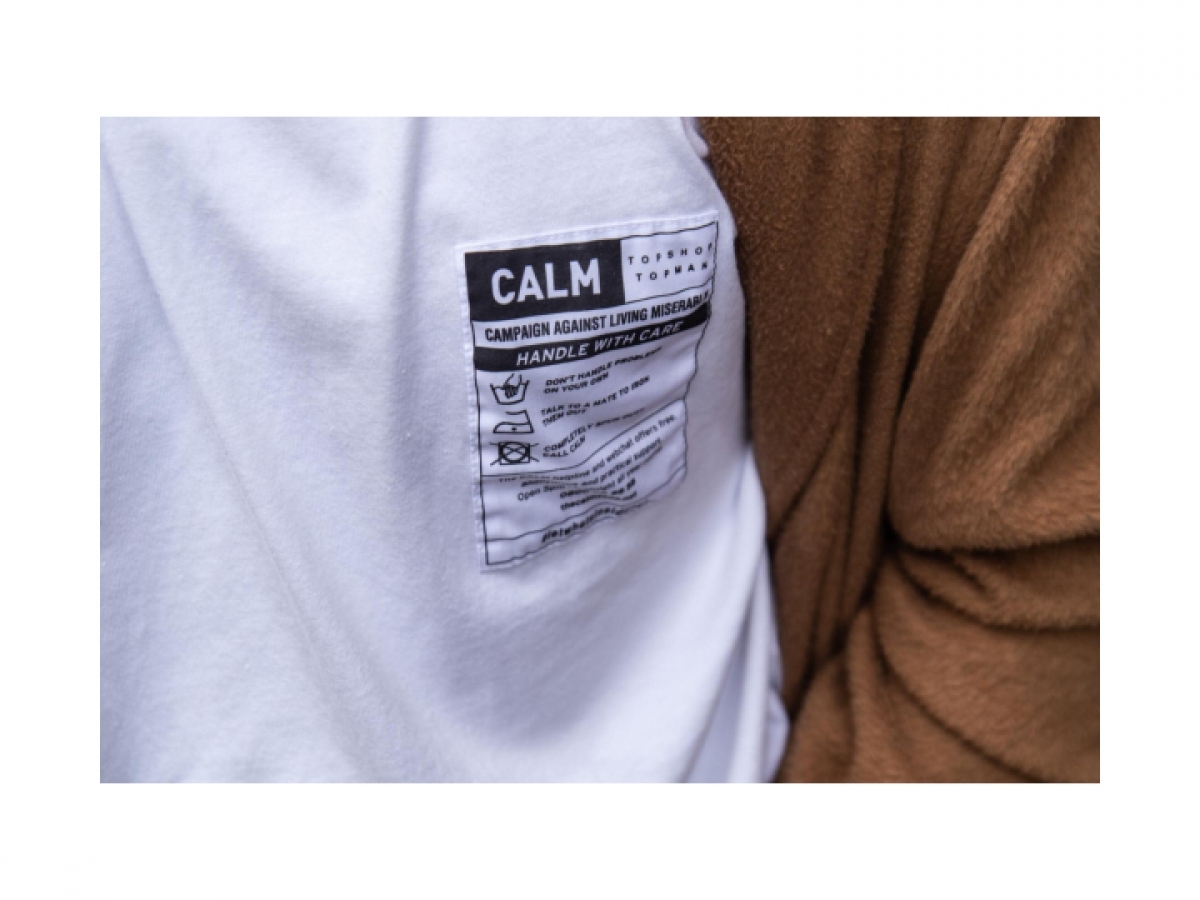 Havas London is Havas UK's flagship creative agency. Our mission is to make a meaningful difference to the businesses, the brands and the lives of the people we work with.
We’re the only major UK advertising agency to share a single building with every other specialist business in our network, all under a single P&L. Sitting within the Havas Village in King’s Cross affords us some clear advantages; none more so than our ability to build bespoke, multi-discipline teams around our clients, whatever their business need.
Reasons why us:
1. We are unique. We are the only agency in London that operates a truly channel neutral, single P&L, "village model". Every single marketing discipline under a single roof, run for you by a single business lead. Simpler, faster, more cost efficient.
2. We have a "start-up mentality in a network structure". We have transformed the work and culture to create an agency with an incredible new business record and an outstanding client list.
3. A simple belief. That the work we do together should be meaningful. It should have a positive meaningful impact on the lives of our target audience and the people who create it.
4. Our client satisfaction scores. We track our performance and care about our clients – our scores have increased every quarter and not all sit in the top quartile of satisfaction. Our clients matter to us.
5. We obsess about creating work that makes a meaningful difference - winning IPA awards for Ella's Kitchen, six British Arrows for 'Every Lesson Shapes a Life', and with 'Long Live the Local' the government freezing beer tax for Britain's Beer Alliance.

Heinz Beanz – the nation’s favourite baked bean brand – is throwing its support behind everyone tackling Veganuary this month in a new marketing campaign from creative agency Havas London.

A variety of encouraging, helpful and celebratory out-of-home, press and paid social ads will run throughout the month under the banner ‘Beanz Meanz Vegan’ – a timely twist on the brand’s iconic slogan ‘Beanz Meanz Heinz’ – in a bid to remind the huge number of Brits undertaking Veganuary 2020 that the much-loved food classic just happens to be vegan too.

The campaign will be supported by a limited-edition range of ‘Beanz Meanz Vegan’ cans, which are available exclusively from Ocado while stocks last. As well as raising awareness of its vegan credentials, the campaign aims to position Heinz Beanz as an easy, affordable option for those committing to a month of veganism this January.

Veganuary, which launched in 2014, encourages people to adopt a vegan diet for January and has been growing in popularity in recent years – with more than a quarter of a million people taking part in 2019. As part of this campaign, Heinz has also commissioned research to understand the biggest barriers and challenges of Veganuary in a bid to help those partaking in 2020.

These findings, which will be promoted through a PR campaign from Wonderland Communications, include:

80% of people have erred during Veganuary in the past – with 19% admitting it was the smell of something meaty like a bacon sandwich, 15% blaming a hangover and another 15% saying they simply ate something non-vegan by mistake.

Despite this, of everyone who fell off the vegan wagon, 75% were able to climb right back on again and pick up where they left off, with only 10% saying they abandoned the diet completely.

The top reasons people have found it challenging to adopt a plant-based diet were identified as missing their favourite foods too much (30%), the inconvenience of making or accessing vegan foods on a daily basis (20%), and the high cost associated with a vegan diet (18%).

The campaign will spike this Saturday, 11 January – pinpointed as the single toughest day of Veganuary, according to this new research.

Emily Wright from Heinz Beanz said: “There’s a general perception that being vegan means you have to spend lots of money on fancy foods, but being vegan isn’t all kale and quinoa. That’s why we want vegans to know that our classic Heinz Beanz can still be enjoyed this Veganuary, whether on a simple piece of toast or a delicious baked potato. Not forgetting all the other varieties in our vegan range, including Heinz Beanz No Added Sugar and Heinz Beanz Peri Peri. This year we’re here to support everyone tackling Veganuary and want to make it Easy Beanzy!”

Mark Whelan, Chief Creative Officer of Havas UK, adds: “Heinz Beanz are an easy and simple solve for Veganuarians so we wanted to keep the language just as simple. It looks so great in that iconic design”

An Emoji That’s Right On The Button

You’ve been tagged by Omo

A bag that swims against the tide