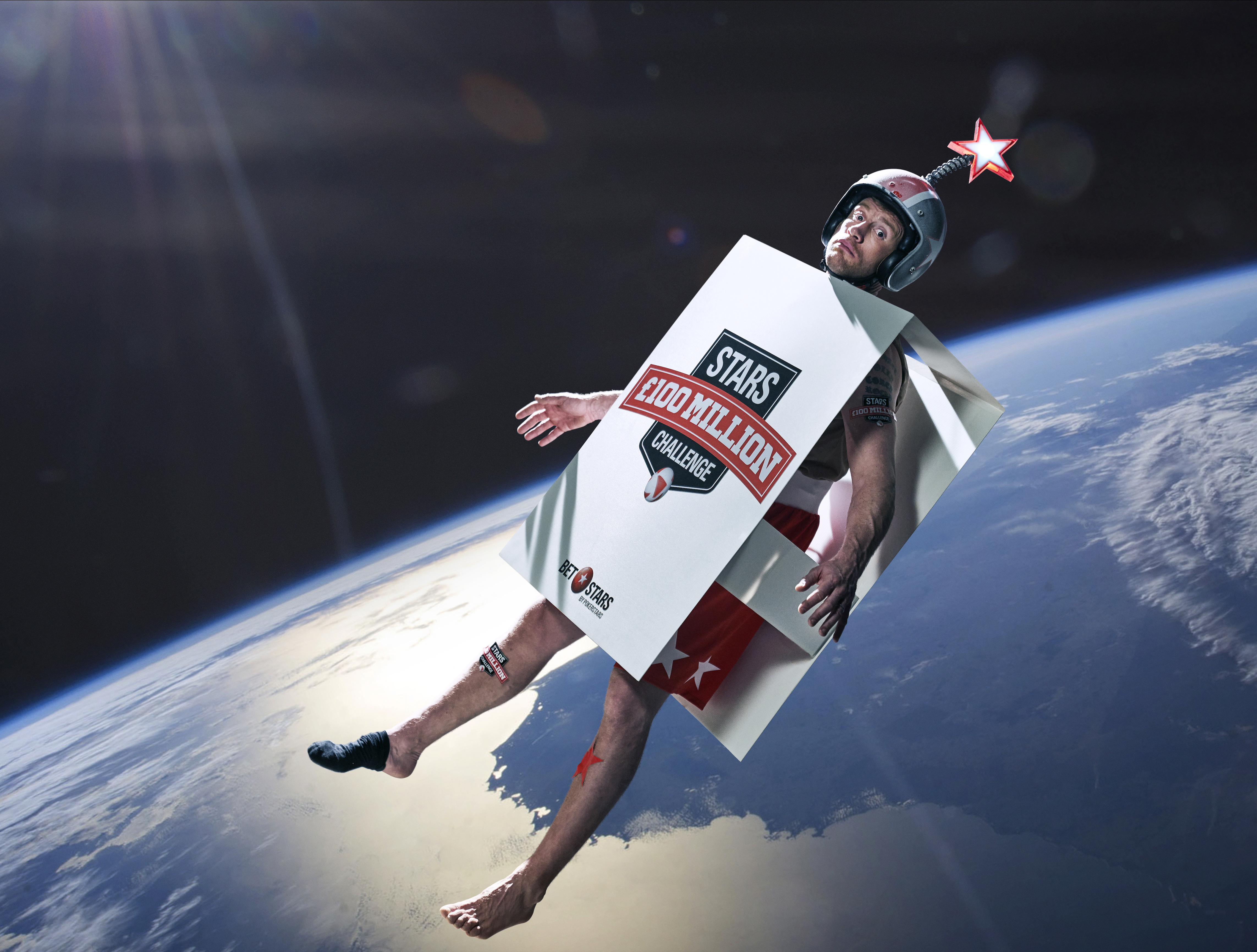 Inviting viewers to enter for free and correctly predict the results of this summer’s 64 World Cup games – just the win, lose, or draw – to win up to £100 Million, in a media-first, the launch spot sees a somewhat non-plussed Freddie Flintoff transformed into a tacky human billboard and ‘catapulted into space’ thanks to visual effects. “You see Freddie, the prize is the star, not you,” explains the voiceover. In a follow-up spot – launching a separate big money promotion during the World Cup – we see the cricketing legend unceremoniously dangled in front of a CGI green screen, his head the only part of his body in view. “I better not just be the dot on the i” he grumbles.

The campaign, from Crispin Porter + Bogusky London and directors Traktor, marks a fresh creative approach to marketing at Stars, under former Paddy Power CMO Christopher Coyne who was named chief marketing officer at The Stars Group earlier this year. The contest is open to adults in the U.K, Sweden, Denmark, Norway and Finland

CP+B Executive Creative Director, Dan Watts, remarked: “Unlike big-gun marketers like Red Bull and Kit Kat who've spent millions getting their brand into outer space, Stars is giving millions away instead. And when you’ve got a promotion as big as £100 million you don’t really need a celebrity to sell it – but you can certainly use one to promote it. Literally. Thanks Freddie.”

“When we decided to launch the biggest betting promotion in history, we thought about hiring the biggest star in the world to be the face of the Stars £100 Million Challenge... but there isn’t a star that’s big enough so we got Freddie Flintoff,” joked Christopher Coyne, Chief Marketing Officer of Stars Interactive Group. 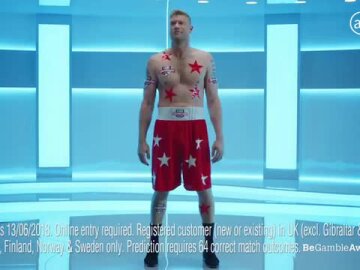 Ringan has been shortlisted for Director of the Year! Thanks shots and all the judges. You can watch his shortlisted work here: https://bit.ly/2zgXCA7 weiterlesen
AGENCY: ,

So honoured to have not one but two Rattlers on the Creative Circle jury this year. Johnnie and Sara have joined the Film Craft panel. More here. weiterlesen
AGENCY: ,

Shortlist – Director of the Year

Amazing to hear Ringan’s been shortlisted again for Director of the Year, this time for Shots The Americas … and he’s up... weiterlesen
AGENCY: ,

Sara has been announced as D&AD’s Film Direction jury president! We are a bit bias but we think her creativity radar is pretty spot on!... weiterlesen
AGENCY: ,
Mehr News sehen