MARKE: Nelson Mandela Foundation
AGENTUR: One Lady and a Tribe 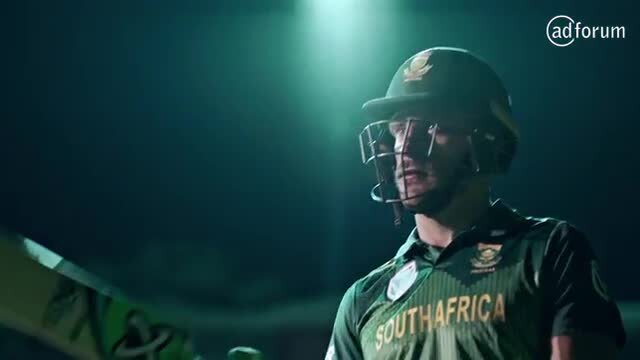 Gordon began his directing career at Velocity Films and has since collaborated with many of the country’s top agencies. In 2014, he joined newly appointed Executive Producer Peter Carr at bouffant, where his advancing career and aptitude for creating for visually-driven content has helped the company develop into a leading brand in the industry. He made the 2016 Young Director Award (YDA) shortlist at the Cannes Lions International Festival of Creativity with his commercial for Dimension Data and Owen Kessel Leo Burnett.
He has directed campaigns for prominent brands like Mc Donald’s, KFC, Hunters and Penguin Random House, as well as award-winning music videos for leading South African artists.

Profil ansehen
Gordon graduated from the Wits School of Arts, where he majored in directing for theatre and television. He joined Velocity Films as a researcher in 2007 where he has been an integral part of film production ever since, creatively assisting all the top Velocity Directors during his 7 years.
Whilst under the guidance of Executive Producers Peter Carr, Nicola Valentine and Monareng Makwetla, Gordon has gone on to direct music videos for some of South Africa&rsquo;s most astute artists; namely Tumi and the Volume, Reason and Good Luck.
In 2012 he directed the &lsquo;You&rsquo;re the Voice&rsquo; music video for Shout SA. The foundation was formed after the death of South African music legend, Lucky Dube, and their first single &lsquo;Shout&rsquo; (originally by Tears for Fears) was recorded by and featured 120 South African Artists.
Gordon also had the opportunity to work with the likes of Mfundi Vundla &ndash; producer and Librettist &ndash; and Director Shirley-Jo Finney as the multimedia designer for &lsquo;Winnie the Opera&rsquo; - the first opera written and produced in South Africa. The show was a musical adaption of Winnie Madikizela-Mandela&rsquo;s involvement during apartheid and her appearance before the Truth and Reconciliation Commission (TRC).
Gordon believes that as a director, it is important to have an understanding of all the aspects applicable to the filmmaking process. In 2014, he joined newly appointed Executive Producer Peter Carr at Bouffant, where his promising career continues to grow. His passion for film and dedication to the industry is evident in his unassuming yet discerning approach to his work, earning him unwavering respect from his colleagues and crew.&nbsp;