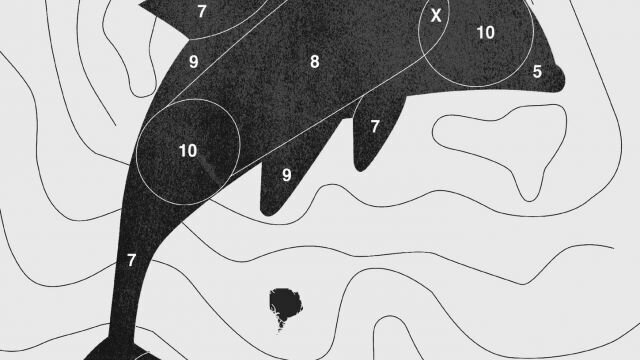 Vlad Sitnikov, Chief Creative Officer at POSSIBLE Moscow and CEO at creative agency Hungry Boys.
Born in 1979 in Moscow. Graduated from the Moscow State University’s Faculty of Philosophy in 2001.

Vlad Sitnikov is a leading specialist in the field of digital marketing. He began to work with GRAPE in 2002, while he was leading his own design studio, which became a part of GRAPE in 2004. Before 2012 Vlad had been responsible for the development of the new company's services and the promotion of opportunities for the interactive media environment of communication between consumers and brands in GRAPE.

GRAPE won gold, silver and bronze medals at the Webby, IAB MIXX Awards NY, Bees Awards, Golden Hammer, MAAW Globes Awards, Silver Mercury, Idea!, KMFR, ADCR and other advertising festivals in the period of 2006-2011 during his work for the agency.

He founded a creative agency Hungry Boys in 2012. The agency is engaged in developing and implementing creative strategies, concepts and creative support of the leading Russian agencies, searching and consolidation of talents, introduction of new international standards and processes on the Russian market.

He was a part of the jury at such festivals as ADC Europe, Kiev International Advertising Festival, Red Apple, Effie Russia, AD STARS, Webby Awards and ADC Russia.

Vlad has active viewpoint on Russian advertising market and as speaker participated at more then 100 conferences around country. He set up Digital Transformation in Russia Conference (dtr.moscow ) and Digital Marketing Conference (www.digitalconference.ru ). Lector at HSE, Skolkovo, Ikra, British Higher School of Art and Design.

AnyWhereApp
Russland
2016 - Derzeit hier (4 years 6 months)
Being someone else has become a reality.
We give you an opportunity to possess another person — right here, right now.
Now anyone can become you on your request.
Anywhere on Earth.

HOT-DIGITAL.RU
Russland
October 2009 - Derzeit hier (10 years 9 months)
One of the best media in Russia about all brand new digital trends.