TOP
5
Beste Kampagnen und Anzeigen aus Lateinamerika
The best ads and advertising campaigns of the month from Latin America. A collection of the most creative LATAM ads.

Rapunzel, the dog and the sorcerer - Borrowed Eyes
The Juju

A powerful and emotional action to promote the feature film "Rapunzel, the dog and the witch" by director Andrés Roa. Under the concept that "no Colombian should miss this movie", June & July decided to create an exclusive premiere of the film for Samuel, a blind person who for an hour and 45 minutes, thanks to an interpreter, was the first Colombian to enjoy the film that will be officially released in March 2023.

Dove's new campaign is based on a new research study, in partnership with Women in Games, which shows that 60% of girls and 62% of women feel underrepresented in video games. The action, developed by LOLA MullenLowe, advocates for the representation of women in video games through a series of avatars inspired by real women portraying different types of beauty. In the pieces, each one of them launches a message questioning the lack of representation, while proposing: "Let's make virtual beauty real".

José Quiñones was the most important aviator in the history of Peru and the face of the 10 soles bill for 30 years until he was replaced a few months ago by singer-songwriter Chabuca Granda. In this context, Potro Lima created "La última hazaña de Quiñones", to launch the low cost airline Jet Smart in Peru with a great offer that honored the country's most important aviator: an offer of flights at 10 soles, or rather at "one Quiñones" ..... And the tickets flew.

Corona wants to magnify the spirit of an entire country and with the help of its new agency GUT Mexico City launches an epic campaign with a strong message that seeks to transform the mentality of Mexicans. A super production that wants to give command to the people of Mexico, all from the questioning of a word widely used by Mexicans: Mande.

The proposal developed by Holland for Santander Superfunds is centered on a figure that with her charisma and experience invites to invest in a simple and easy way. Through a humorous, empathetic and close tone, "La Tía te explica" shows how simple it is to invest and save with Superfunds. In her words: "My life... you enter the App, you touch a few little buttons and ping, you're already investing!

In the campaign for the 80th anniversary of the rice company SAMAN, Amén McCann celebrates the true value and meaning of time with an institutional campaign rich in aesthetics and full of humor, which goes through a fantastic narrative that talks about absolutely everyday things. A piece directed by Alejandro Damiani, respected Uruguayan film and advertising director, recognized with several awards at prestigious festivals such as Cannes, FIAP, El Ojo de Iberoamérica and Cíclope, among others. 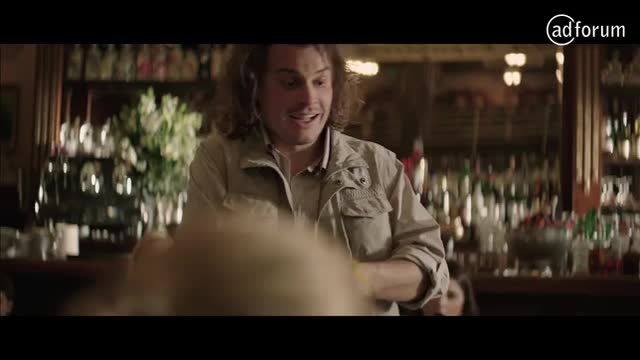